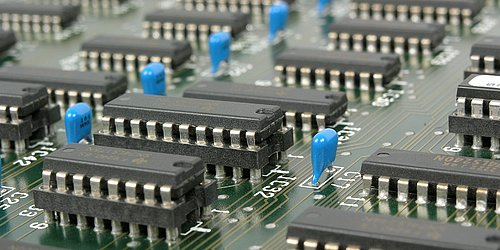 We are team Aqua, so called because our first few “Project Ideas” all had to do with water.

Given the open nature of the Hackathon we first thought about doing a project outside the scope of the two presented Projects.

For our first idea we thought about creating an automated watering system, but we dismissed this as we specifically shouldn’t do something for our own garden.

Our second idea was somewhat more complex as an automated indoor hydroponic setup, this is a trendsetting new farming method which can be used without any farmland right in the city.

However, as we came to realize both of these ideas were already solutions, not problems, which we had to solve and as such were quite far from our first task of defining a problem.

So we choose to begin anew with a focus on the presented project “digital advertisement pillar” and what problems exist in relation to this project.

After the corona pandemic a lot of people are spending too much time alone in their homes with all the issues that come from this.

For example mental and health problems which steem from missing social contact and outside activities.

This problem is especially severe for foreigners and students, who were isolated in their home during the pandemic and have greater language and communication skill problems nowadays.

Also there is a need to promote local events in Willytown and support the local artists and culture.

Promoting such events could also help students and foreigners integrate themself in the local culture of Willytown.

The people which we want to reach specifically are the citizens of Willytown who are affected by these problems.

We simulated this here with two persona maps.

To visualize the needs and experiences of our User we created this Empathy Map.

Our Solution to the problems of the “digital advertising pillar” is to expand on that project and integrate our own concept of gaming to it.

We want to create a platform for Gaming with different aspects, such as a part for games one can directly enjoy on the pillar, a part which shows local events and artists in an advertisement format and lastly a part as a blackboard where one can advertise games and torneys and seek out other people to play games.

The whole thing shall be vandalism proof and easily accessible to a wide variety of people via height adjustable screens and controls .

Our Prototype consists of multiple raspberry pis which run the game frozen bubble on a current raspbian version. The Pis are connected via multiple networks and which allows the use of the multiplayer mode in the game.

We used second hand displays which were written of to keep costs down.

Currently we are still using the Keyboard to control the game, but are working on the integration of a joystick to improve the safety against vandalism.

The joystick is already connected to the pi, but can’t be used to play the game yet.